I've been making brownie pudding for a few years and I can tell you it's pretty much the best dessert on the planet. It's very simple to make and the result is just like an underbaked brownie---fudgy, dark, gooey in all the right places... but it's safe to eat! In a way this behooves chocolate lovers on a diet: It's so rich, even the smallest serving can satisfy a craving. And it's almost flourless.

I started making this about four years ago (!) when we lived near the Huntington metro station in Northern Virginia. Once I even made a double batch for a picnic party hosted by my co-workers at the time. That's right, my co-workers from Restau. Eve, one of the top eateries in the nation. They loved it and devoured every sporkful. I haven't made it in a year or so, for dietary (read: caloric) reasons, but I've been making and giving away so many goodies lately and it was starting to break my heart a little. Save me, brownie pudding!

The recipe comes from Ina Garten and the Food Network... while I do make a few adjustments to the recipe, I am mostly faithful to the original.

Here's the recipe as I make it:

My parents gave me a new bundt pan (Nordic Ware, Williams-Sonoma) for Christmas, and it is unbelievably beautiful. 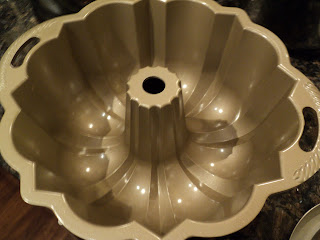 I keep it inside its original box, tipped upright in the cupboard over our refrigerator. This is what I see every time I open that cabinet: 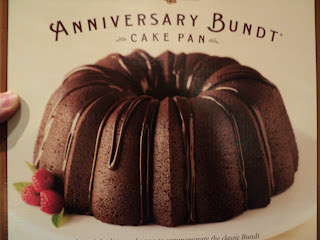 ...which looks delicious and amazing until you flip the box and look at the recipe:
Read more »
Posted by Lenore 2 comments:

Whoo boy! I tell you what! I have put in eight hours for the new job (training and orientation........ split between two non-consecutive days) and I am whupped! Also wedding planning. And I'm getting up at 6am these days in order to reset my sleep cycle for once the job starts full time. Maybe this has something to do with my exhaustion? You see, I'll have a 6:30am start time every day starting June 1, and I care deeply about my 9-10 hours. I'm trying to stay ahead of the curve. I am one of those people who needs a lot of sleep. If you couldn't tell.

Anyway, I might be a little more glib than usual in this post because I'm hurtin for couch time!

I started with the basic slew of pantry ingredients that I like to use for BBQ pulled pork:
Read more »
Posted by Lenore 2 comments:

Another chicken dish I like to make for us is balsamic marinated chicken which I top with mozzarella and then broil for added deliciousness. It is similar to the zesty chicken thighs but it has a few key flavor changes, boneless and skinless chicken, and more cheese.

I start with whole chicken breasts and I cut them up according to my whim. Strips are a good choice, as are "nuggets," or even pounding them into thin cutlets. I cut them extra small this time around because I didn't have much time for marinating, and I knew the marinade would work its magic faster on smaller pieces.

Then I prepared the marinade right in the pan I planned to use for cooking the chicken. Ingredients for the marinade are:

Before I dive in, here's an explanatory photo which explains the lighting issues with my food shots: 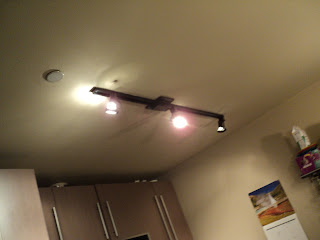 As you can see, our kitchen area has super bright, super directional spotlights. This makes it very difficult to take good food pictures! And it makes the rest of the apartment feel darker because, you know, the light is so concentrated to specific areas. We have floor lamps which do provide some relief.

Turtles, as we all know, are candies made from pecans, chewy caramel, and chocolate. The pecans are usually arranged in an overlapping asterisk sort of pattern, the caramel is spooned overtop, then chocolate coats the whole shebang. The resulting shape resembles a turtle (smooth back, small pecan/caramel "feet" around the edges). We chose to make smaller turtles because they're such dense treats. Honestly, I think turtles made with 4-5 pecans (as is standard) are sort of a meal on their own. I also like the idea of making a lot of small turtles rather than a few large ones. Easier for sharing, yes?

We worked off Emeril Lagasse's recipe from the Food Network, reprinted below:

I like to prepare the work station before I get going with the business of cooking sugar. Our first step was toasting pecans and then arranging them on our chosen surfaces. You can use cookie sheets covered in parchment.. that would probably be best. I chose to experiment with muffin tins this go-round, but in retrospect this didn't have much of an effect either way.

I find that as I get older, it's harder and harder to find gifts for adult loved ones because they already have most everything (meaning: every   thing) they need. My solution tends to be (you guessed it!) homemade edibles. There's just more heart in something that I prepared myself, particularly something that was complex or time-consuming. The love is in the effort.

For this year, Edwin and I distributed homemade divinity candy and chocolate turtles. We also gave some of the candies to my cousin, who recently sold my late grandfather's car after a year (!) of straightening out issues with the car title and searching for a buyer in the not-so-seller's-market of North-Central Louisiana. Thanks, Scott!
My paternal grandparents, from Louisiana, used to make divinity and give it out as gifts.. maybe around holiday time? I remember they would cut it into bars, and it was amazing. We tried to make it a few times at our house growing up, but it's such a mess that it never gained much traction in terms of tradition.

In adulthood, I have experimented with divinity a few times and I have learned one very important lesson: it simply cannot be done without a stand mixer. You see, divinity is a candy made by whipping egg whites and pouring a sugar syrup over the whites as they're beaten. The idea is that the sugar syrup combines with the whites and then crystallizes while it is being whipped so the tiny air pockets become "permanent." The finished candy should be fluffy, solid, and melt-in-your-mouth. If your whipping mechanism (a whisk? hand beaters?) can't work a very thick, glue-y substance on high speed for ten minutes or longer, the finished product will be, well, glue! I learn from experience. And don't get me wrong, the marshmallowy glue tastes amazing, particularly on ice cream, graham crackers, or a spoon. It just doesn't travel very well, and doesn't quite meet the parameters of divinity.

For while we all are adjusting to the new layout

An easy one for today, everyone! I have been doing more interesting cooking, but I can't post about it for another week or so for TOP SECRET REASONS.

Back to business. While the word "zesty" kind of bothers me, like it's been co-opted by the salad dressing industry, I can't think of a better term for this recipe. In terms of ingredients and method it's quite simple and unremarkable: Herby marinated chicken thighs, roasted in the oven (or toaster oven, if you're like me and live somewhere that is temperate enough for cooler-blooded folks to believe air conditioning isn't necessary). But, I gotta tell ya, this is one of our favorite dinners.

Start by putting garlic, herbs of your choice (I use thyme, rosemary, dried oregano), and lemon zest in your preferred baking dish.

Quick aside: The rosemary I use came from our mini "Christmas tree" from December. We got it from Whole Foods. It's about two feet tall, and just when I think it is completely dead, I will see two or three green sprigs growing from the top. The other 90% of the tree is dried up and gone and gone can be.
Read more »
Posted by Lenore 4 comments:

New look! What do we think?
Posted by Lenore 1 comment:

We all knew my "light cooking" efforts would not last very long, didn't we. Healthful living is all about portion control anyway, right? Right? And we exercise a lot. Whatever dudes food is delicious!


I'm always on the lookout for dishes I can make for us which will last several meals, be relatively inexpensive, and ideally not pasta/potato/bread-centric. Meatloaf fits that bill, though it has its own shortcomings, namely a) It's a mess to make; b) it's not exactly beautiful; c) one of the patrons at Chez Lenore is not a huge fan of ground meats. Understandably. Thankfully I've found a recipe/method which we all enjoy, so points a) through c) can be overlooked from time to time.

So here we go: Meatloaf!

I started with Ina Garten's recipe, with some adaptations. She recommends 2.5 lbs of meat and THREE onions, which just sounds crazy to me. I've downgraded to just 2 lbs (...) and I use two different types of beef to comprise the whole. That is, I get one pack of high-quality, very low-fat meat (91% lean or higher), and then I get a second pack of fattier meat (85%) since there's no denying the role fat plays in making food taste good. I also like to use fewer onions, but I add carrots for vitamin A as well as color.

Here are the non-meat ingredients:
Read more »
Posted by Lenore No comments:

I got a job I got a job! Inquire within for details.

Fear not, sportsfans: A gal's still gotta eat so chances are good I will continue to blog regularly.